Last week-end was great for migration at the Strait of Gibraltar. Hundreds of Booted Eagles, White Storks and a lot of Black Kites crossed the Strait coming from Africa. The migration is always monitored by ornithologists of Fundaciòn Migres.

Here below a picture of a Griffon Vulture in the same thermal with a Short-toed Snake Eagle and two pictures of the researchers, among whom Keith Bildstein from Hawk Mountain Sanctuary. 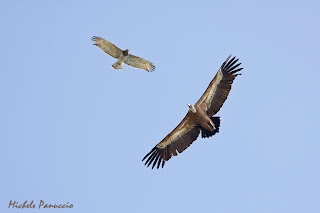 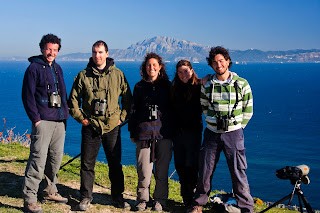 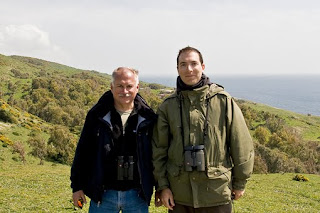 Posted by medraptors at 12:32 PM No comments:

Between the last decade of August and the first week of September we will make a fieldwork in Southern continental Italy at a new potential bottleneck site along the Calabrian Appennines. The site is a beautyful mountain area mainly covered by forests enclosed in the Aspromonte National Park and the seaside is not far from there. In fact the peninsula in that point is wide few tens of Kilometers. In that period the commonest species are: the European Honey Buzzard and the Black Kite.
We are looking for volunteers, if you want to join the camp contact us. 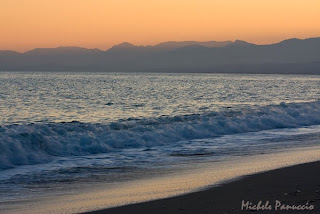 Posted by medraptors at 8:19 PM No comments:

Yesterday a pair of Egyptian Vultures was already in the nest in Cádiz Province, Spain. However in these days many individuals of this species are still migrating from Africa to Europe.
In the picture below Antonio-Román Muñoz of Migres Foundation monitoring cliffs nesting raptors in Andalusia (southern Spain). The aims of this Foundation include different kind of activities: researches on migrating raptors and ecology, monitoring raptor population, wildlife management, popularization and educational programs (see their website: www.fundacionmigres.org). 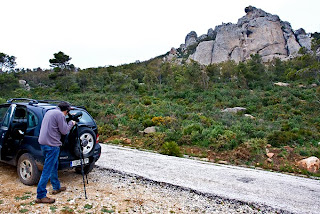 Posted by medraptors at 11:47 AM No comments:

In autumn 2011 we are going to run a field work at Batumi in cooperation with BRC.

We will collect data on the flight behavior of the most numerous species of soaring birds during a period of three weeks between the half of September and early October. The most important species will be Steppe buzzard, Lesser-spotted eagle, Booted eagle and Black kite.

In particular our aim is to collect data on the flight altitude in relation to atmospherical conditions. As such the study aims to improve our understanding of the efficiency with which soaring birds migrate under differing weather conditions and how this affects local route choice in the bottleneck.

Studies on flight behavior in function of weather are crucial for a migration monitoring project. Because counts can be subject to large variability due to weather conditions. It is (among other issues) crucial to show that a watch-site like Batumi covers a majority of the seasonal migratory flow. This research will be an important early step in getting to understand local migration dynamics of different species.

Batumi Raptor Count is a very important project for the protection of European Raptors. At this site a huge number of raptors migrate during autumn mostly coming from the formerly Soviet Union.
In 2009 more than 800.000 raptors were observed migrating on the eastern coast of Black Sea.
A long term monitoring could provide informations of paramount importance for the protection of European birds of prey. For this reason we are proud to cooperate with the researchers involved in Batumi Raptor Count (click here to visit BRC website).
Posted by medraptors at 5:18 PM No comments:

On the photographic blog of Michele Panuccio a report on autumn migration at Bosphorus has been posted. To see it click on the picture below. 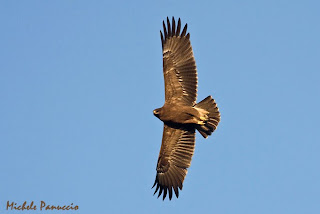 Posted by medraptors at 4:16 PM No comments: