Stop the massacre of migrating birds!

The first one is a severe aggression against two Italian volunteers who were conducting anti-poaching activities in Cyprus. At the end of April they have been kidnapped and beaten by Cypriot poachers. The police arrived on the scene but did not denounces the attackers.
Click here to read more (in italian):

The second episode thankfully is good news.
Here below some pictures of an action made by LIPU (BirdLife Italy) volunteers and by the anti-poaching group of the italian forest rangers (CFS - Ministry of Agriculture and Forestry) the 26 of May at the continental side of the Strait of Messina (Southern Italy).
The intervention led to the arrest of a 63 years old poacher from Reggio Calabria. He had an illegal weapon (12 caliber rifle with serial abraded) that was seized together with hundreds of cartridges for hunting raptors in the area "Water Pigs" near Scilla town. Poachers used to reach that place by a long rope tied to a tree. During house search were seized 5 other rifles , six thousand cartridges and 15 pounds of gunpowder.
Congratulation to the LIPU volunteers and to the forest rangers for their good work. We express our indignation over the episode in Cyprus and solidarity to CABS (Commitee Against Bird Slaughter) volunteers. We wish that illegal hunting will stop in Italy, Cyprus and in the whole Mediterranean area. 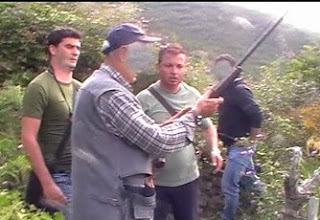 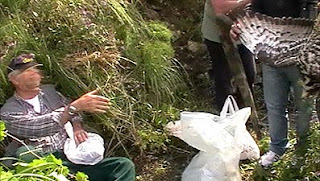 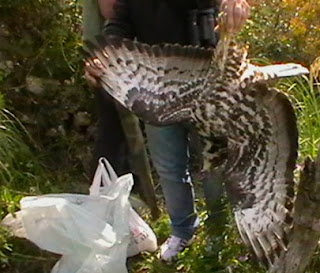 Between the end of August and the beginning of September there is the peak of the migration of different species of raptors in the Central Mediterranean area.
In particular thousands of Honey Buzzards and Black Kites follow the italian peninsula concentrating along the Calabrian Appennines. Other species observed in smaller numbers in this period are: Marsh Harriers, Montagu's Harriers, Ospreys, Booted Eagles, Common Buzzards, Ketrels, Lesser Kestrels. Sometimes with some luck it is possible to watch rare raptors like the Egyptian Vulture or the Lanner Falcon. This year the aim of the camp is to localize the migrating corridors of raptors between two mountain ranges: the Aspromonte and Serre mountain chains. In this point the italian peninsula is only few tens of chilometers wide.
The study area is covered by forests and it is included in the Aspromonte National Park, while the seaside is few chilometres far. The wonderful so called "Jasmin Coast".
The watchpoints are located at altitudes of 800-900 m a.s.l. on hilltops and mountain ridges. If you are a fan of birds of prey join us, we are looking for volunteers.
Download the application form from our website.

Posted by medraptors at 2:46 PM No comments: 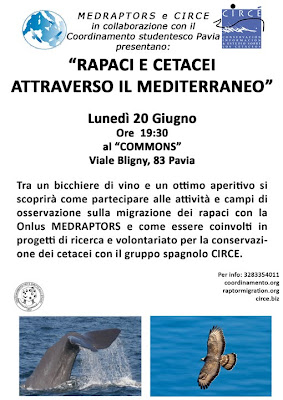 Posted by medraptors at 9:53 AM No comments:

After 42 years Osprey is back in Italy!

This is really a good piece of news, since the last breeding pairs were recorded in Italy in the '60s. Now a pair is feeding two chicks on the coast of Tuscany, central Italy. This is a good result that rewards conservation efforts of the Maremma Regional Park.
The Mediterranean population consist of only 100 pairs located in Corsica, Balearic islands, Algeria and Morocco. Now we hope that they constitute a stable population in Italy.
(In the picture below a view of the Maremma Regional Park) 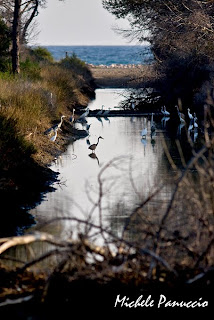 Posted by medraptors at 3:03 PM No comments: