Poachers without limits in Italy

Two bad news for birds that are migrating through Italy.
The first one concerns a seriour act of intimidation against the ringing station of the island of Lampedusa where poachers destroyed the ringing station and set fire to a car because they would like poaching without any witness. The ringing monitoring at that island is made by the Palermo ringing station and is coordinated by Ispra within the "Small Island" project started in 1988.

Moreover the other bad news concerns the situation at the Strait of Messina where for the first time after several years the Italian government is refusing to send the anti-poaching task force. At that site, last year poachers killed 400 hundreds Honey Buzzards in the area close to the city of Reggio Calabria. This decision could cause a massacre of migratory birds frustrating the results obtained in more than 20 years of protectionist activities.

We send our solidarity to the Sicilian ornithologists active in Lampedusa island and we express our disapproval for the government choices. 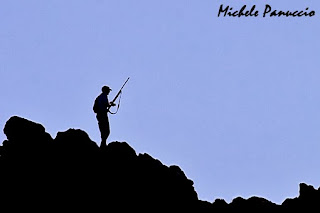 Posted by medraptors at 12:35 PM No comments:

From Ustica a nice action shot of a mobbing scene. 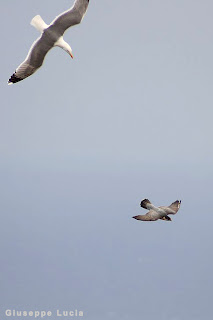 Posted by medraptors at 5:18 PM No comments:

The Migratory Raptor Project that we are running together with LIPU - BirdLife Italy started on the 20th of April. Up to now some tens of raptors passed at the island of Ustica, most of them were Marsh and Montagu's Harriers, Hobby Falcons, Red-footed Falcons and last night a flock of Honey Buzzards roosted on the island. Among other birds Grey Herons, Little Egrets, Shags, Bee-eaters, Alpine Swits and a flock of 16 Golden Orioles migrated at the site. 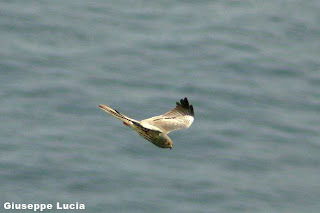 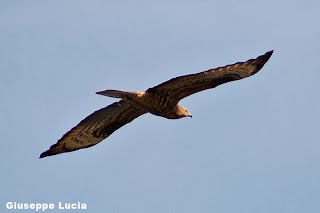 Posted by medraptors at 12:45 AM No comments: