Ustica, Sicily, 2nd May, peak of the passage of Honey Buzzards 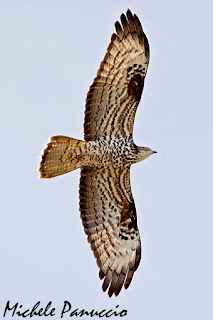 Today there has been the peak of the passage of Honey Buzzards over Ustica, never seen so many migrating on the island. More than two thousand have flown high above Falconiera promontory. After many days when just a few individuals were observed, the important part of migration began yesterday with about 90 Honey Buzzards. The 1st of May was also cheered up by the passage of more than three thousand and five hundred bee-eaters (it was very difficult to count the lot of them). 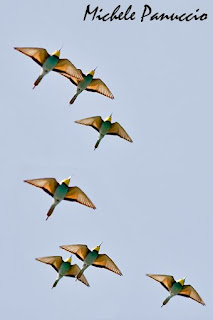 "They arrived in flocks
Calling each other above the rocks
feeding the air with merry cries
up and down low and high
until in the end they decide
to cross together towards the other side."
Posted by medraptors at 9:27 PM