Last days of March, up to the beginning of April, we made observations at the Strait of Gibraltar for the second year together with the ornithologists of Fundacion Migres who are working there. The weather conditions had been bad for many days with a strong eastern wind, but in the end we recorded good passages of Booted Eagles, Black Kites and Short-toed Snake Eagles. Among other species: Egyptian Vultures, Griffon Vultures, Ospreys, Marsh Harriers, Montagu's Harriers, Lesser Kestrels. To see the results of daily counts visit the blogsite of Fundacion Migres: datosmigres.blogspot.it
In the pictures below one Booted Eagles and one Black Kite approaching the spanish coast of the Strait and a resident Black-Shouldered Kite. 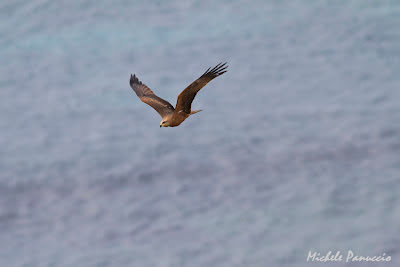 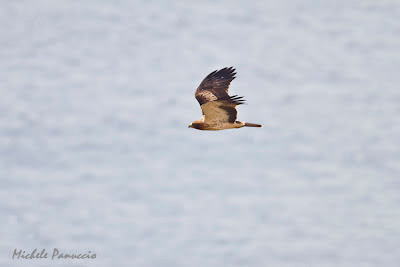 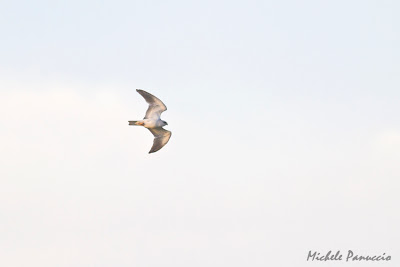