A new Medraptors paper has been published on Avocetta journal. It is a paper reviewing what it is actually known about the migration of raptors in Greece. In the last ten years different research were made at three watchsite: National Park of Dadia-Lefkimi-Soufli, island of Antikythira and Mount Olympus. Moreover a study realized by satellite telemetry was carries out tracking Eleonora's Falcons. All these research showed different migration strategies performed by the different species of raptors. Marsh Harriers and Eleonora's Falcons migrate on a broad front over the Aegean Sea, Honey Buzzards perform a loop-migration being funnelled over the island of Antikythira in autumn but not in spring, Short-toed Snake Eagles (and perhaps Levant Sparrowhawks and Lesser-spotted Eagles) cross the sea at the  Bosphorus performing a long detour, finally Common Buzzards and Sparrowhawks are short-distance migrants wintering almost in Southern Greece and Crete. Some comments on the Egyptian Vulture status highlight the dramatic situation of the Balkan population of this species that is rarely observed migrating at the watchsites.
If you would like to read the paper click on the link below: 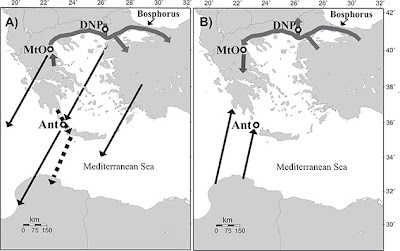 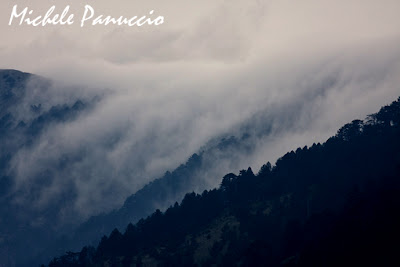 Posted by medraptors at 9:55 AM